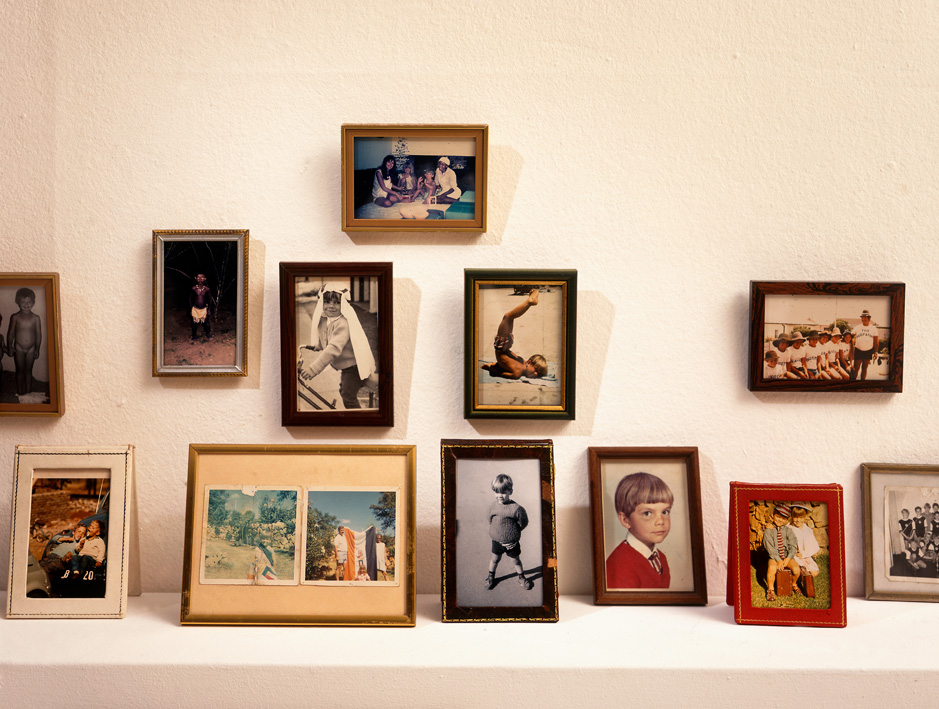 The 30 Minutes exhibition took place in the visitors block on Robben Island. Nine artists, Willie Bester, Kevin Brand Lisa Brice, Lionel Davis (an ex-political prisoner on the island), Tracey Derrick, Randolph Hartzenberg, Brett Murray, Malcolm Payne and Sue Williamson, were invited to create installations in the small cubicles where the political prisoners sat when visited by their family or friends. Most prisoners where allowed one 30 minute visit a year. Some were not allowed this ‘privilege’.

The prisoners had no physical contact with their visitors and spoke with them through a rudimentary intercom system.

“I was born in December 1961, a few months before the Rivonia trialists (Nelson Mandela and his compatriots) were imprisoned. Being born in Pretoria, into a half-Afrikaans, half-English family, where my father’s heritage extended back to include both Paul Kruger and Louis Botha (Boer presidents), disguised by my grandmother re-marrying a Scottish Murray and my mother’s history reaching back to the French Huguenots, I am a white, middle-class cultural hybrid. This was and is my comfortable and uncomfortable inheritance. The political and social forces beyond the confines of my family formed a system which protected and infringed on me, empowered and disempowered me, promoted and denied me. When I looked beyond my private experiences of loves and relationships, family and friends and of boy becoming man, the contradictions in this system, which divided my life from others, resulted in a cross-questioning of responsibility and complicity. This uncertainty challenged the understanding of what became ambiguous life experiences. The photographs document moments of my life within this context, and date from 1962 to 1990, when most of the political prisoners were released from Robben Island.”