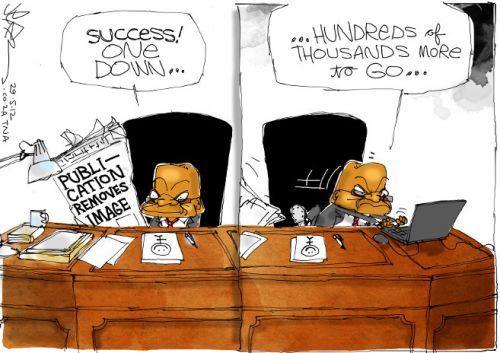 The ancient Romans knew a thing or two about political campaigns

President Jacob Zuma should read the letter (purportedly) by Quintus Tullius Cicero regarding the art of winning supporters and friends during an election campaign.

Quintus wrote to his young brother, Marcus – who was running for Roman consul in 64 BC – about the tactics of winning elections.

The letter, which was published in the Foreign Affairs magazine, is still relevant to modern cloak-and-dagger power contestations, especially in our governing party.

Quintus advised his brother: “Do not overlook your family and those closely connected with you… this includes your tribe… For almost every destructive rumour that makes its way to the public begins among family and friends.”

Zuma – who is already accused of Zulufying his campaign (see page 13) – must heed this advice considering his past sexual and marital scandals.

Quintus told Marcus that there were three kinds of followers: Those who “greet you at home, those who escort you down the Forum and those who accompany you wherever you go”.

Attending Nkandla weddings and functions is lately perceived to be a public demonstration of allegiance ahead of Mangaung.

But Zuma must be cautious. Those coming to your home, according to Quintus, “are the least reliable since many will make domestic calls on more than one candidate”.

“There are three kinds of people who will stand against you: those you have harmed, those who dislike you for no good reason and those who are close friends of your opponents”. Bheki Cele falls in the first category (I think).

Kgalema Motlanthe might well consider Quintus’s advice if he is seriously thinking of challenging Zuma.

“You have excellent manners and are always courteous, but you can be rather stiff at times. You desperately need to learn the art of flattery – a disgraceful thing in normal life but essential when you are running for office… For a candidate must be a chameleon, adapting to each person he meets, changing his expression and speech as necessary.”

Thabo Mbeki failed to listen to his aides about Quintus’s warning regarding globetrotting when the power struggle intensified.

Quintus warned Marcus: “Don’t leave Rome… There is no time for vacations during a campaign. Be present in the city and in the Forum, speaking constantly to voters, then talking with them again the next day and the next.”

At least most ANC candidates have heeded this fundamental campaigning tip: “It also wouldn’t hurt to remind (the masses) of what scoundrels your opponents are and to smear these men at every opportunity with the crimes, sexual scandals, and corruption they have brought to themselves.”

Quintus advised his brother – who was a lawyer – that he must warn his opponents that he is watching their corrupt actions.

“You don’t have to actually bring your opponents to trial on corruption charges, just let them know you are willing to do so.

Five years ago, Zuma used to claim to be a victim of this tactic.