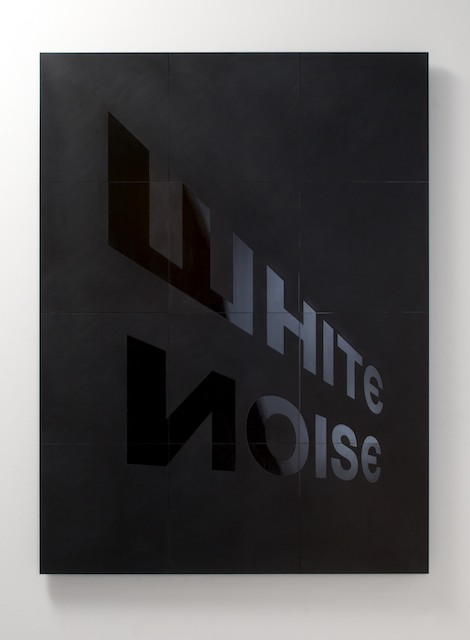 I have often been asked if I went to live in Diepsloot to write my book about this vast settlement north of Johannesburg. I didn’t, though as I drove out there almost every day over about six months, I did often think about it.

There were obvious practical reasons for not living there, but most of all I knew that my book could never have the perspective of an insider, and I should never pretend to be one. I was an outsider looking in, in the way of most journalism, and it would be more honest – and perhaps more useful – to make it clear that this was my perspective.

Since the book was published, I was attacked for this viewpoint, with black consciousness critic Andile Mngxitama the most vocal. White writers should stop “transgressing into the black condition”, he wrote.

He was right to lament the fact that more people, particularly the people of Diepsloot, are not writing about the place. But I was at a loss to know why this invalidated me doing what journalists do: go into different places which tell us something about our country and try and describe and explain them to readers. I can only hope that others do it, leading to a wide range of perspectives on Diepsloot and similiar places, and we can then debate which view is more ‘legitimate’, valid or insightful.

My approach, though, meant that while I was researching the book, I lived in two worlds. Quite often I would spend a day interviewing people in the settlement, or just wandering around observing, and then come home to engage in what was the hot debate of the day: whether or not we should have a Media Appeals Tribunal (MAT) to oversee the wayward print media, as suggested by the ANC. That was the fierce argument of the time, and as chair of the Freedom of Expression Institute, I was deeply involved in opposing the idea.

Occasionally, people in Diepsloot would say they heard me on the radio or saw me on television and sometimes would want to discuss the MAT with me. Generally, what I would hear from them was an entirely different critique of the media, quite different from the one the ANC was offering.

The media only covered Diesploot if there was violence, or crime, or they were graced by an important political visitor, I heard again and again. Journalists parachuted in, spoke to one or two people, and then went to write about it – seemingly oblivious to the possibility that the person they spoke to might have a particular perspective, and might represent one political view in a community which embraced many. They would get it wrong just by being quick and superficial, and so there was deep distrust and dislike of the media.

The Daily Sun was the one paper quite widely read in the area, and it was looked at with some fondness because many people knew that tabloid’s reporters who ran around chasing mostly crime stories and they saw themselves and heard their own voices on those pages.

What I observed was a community that suffered from the absence of a local media which would give them the tools to engage with their leadership and representatives. This meant that rumour abounded. And the only way people could raise an issue was to wait for a community meeting, or organise a protest. The normal functions of a community media – to allow authorities to communicate with their constituencies, and to allow citizens to confront authority – were absent.

I raise this now to show the vast gap between the freedom of expression debate we have among the chattering classes and what is happening on the ground, where the capacity to express oneself is not just an idea but is fundamental to the pursuit of freedom, dignity, decent living conditions and the other lofty promises of the constitution.

I felt it acutely in the recent debate over Brett Murray’s controversial painting, The Spear. There I was, proclaiming lofty principals about how our artists needed freedom – including the freedom to be provocative and even rude – and saying it was “silly” to make a fuss about it. But it became clear that there was a widespread visceral reaction to the painting, which touched a nerve, and it was sobering how raw that nerve was. I came to regret using that word “silly” and to rethink my fundamentalist view of free expression. Having taken a firm stand on the issue throughout the 1980s, I was wedded to a principled position that was not resonating, that was sounding rigid and inflexible.

Let me hastily say that I still believe deeply that free expression is a most important, even foundational, value and right because it enables the pursuit and defence of all other rights. For one thing, as former Constitutional Court Judge Kate O’Reilly has argued, you cannot have dignity without the freedom to express your views freely and noisily. Dignity and free expression are not at loggerheads – they are interdependent.

But I thought back to what I had seen in Diepsloot, and the vast gulf between such abstract arguments and what mattered to people whose rights were most compromised in the post-apartheid era, and it was clear to me that there is no point to an absolutist freedom of expression if it does not talk to the needs of such people.

This is not to deny that politicians used the Spear debate for their own, cynical, short-term electoral ends. Or that national leadership showed a distinct irresponsibility in stirring up this issue, threatening artists and galleries, with disregard for the collateral damage.

But it did become clear that the fight to protect our freedom of expression is a lost cause if it does not talk to the needs of all South Africans and not just those of artists, writers and activists. At a time when our freedom needs stern defence, when we depend on an active, involved citizenry to hold off those who would compromise our constitution, we have to ensure that these things matter to ordinary citizens. We have to take these debates out of the galleries, and campuses, and elite media, into the Diepsloots of the world. Or – even better – we have to bring the Diepsloots out of the margin and into the centre of these debates.

When freedom of expression is seen as the right to demand housing, health and education, and not a squabble about a rude painting, then citizens might rise to defend it.

*This article was written in English for Media24′s Afrikaans newspapers, and run in translation 21 June 2012