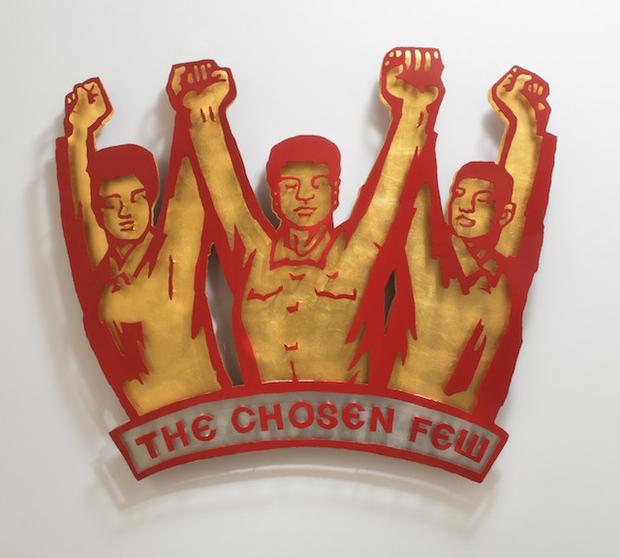 Unpacking the legal arguments in The Spear case

The presentation of the legal arguments about whether a final interdict should be granted against the Goodman Gallery and City Press to cease publication (on their websites) of a work of art, depicting someone who looks like President Jacob Zuma with his private parts hanging out, occurs against a complex and multi-layered background.

Whether one chooses to view the saga by looking through the lens of our painful past (by focusing on colonialism and apartheid dispossession and racial discrimination) or by looking through the lens of the painful present (by focusing on the increasing corruption and nepotism of selfish politicians, businessmen and friends and family members of the President) or by looking through some other lens entirely (traditional Christian morality; the values enshrined in the Constitution; a patriarchal value system; a feminist rejection of phallocentrism; the opportunity to gain some political mileage out of the ordeal; or many other lenses besides), one will have a different view of ”The Spear” and the attempt to impose legal censorship on those who have published reproductions of the painting.

The problem is that the law is a rather blunt instrument with which to mediate this clash between widely differing values, ideas and principles. Neither is the law usually a very effective instrument through which to reconcile different parties who often revert to the law in an attempts to assert their political dominance over the political community as a whole. This is because someone must usually win and someone must usually lose a court case. The Afriforum’s hate speech case against Julius Malema is a case in point where a body turned to the court to fight what was essentially a political battle about who gets to decide what is acceptable speech in our democracy.

But for better or for worse, the ANC (in the guise of President Jacob Zuma) has reverted to the courts to try and “resolve” the problems raised by Brett Murray’s painting, so it is to the law that we should turn for answers. And as I have said before, I am not sure the legal precedents will assist the ANC (and Zuma) to assert their political hegemony over South Africa’s polity in this case, a case which has touched a nerve because it has become (or has been manipulated to become) about far more than about whether our President’s rights have been infringed.

The President’s case faces several, what appears to me to be insurmountable, legal hurdles. His lawyers are asking the court to issue an order for a final interdict prohibiting City Press and the Goodman Gallery from displaying images of the work of art on their websites. To persuade the court to grant such an order, they will have to show that President Zuma has a clear right, that there is a threat that such a right will be infringed or there has been a refusal to act in fulfilment of such right and that there is no other suitable remedy to stop the threatened or continued breach of his right.

It is clear from our law that the President (like every single other person in South Africa) has a right not to be defamed unlawfully, in other words not to have his reputation lowered in the eyes of reasonable people without a justifiable reason. He also has a common law right to dignity, which means that he has a right not to have his sense of self-worth lowered by the actions of others. (By the way, in our Constitution, the concept of dignity has a wide meaning which covers a number of different values. But under our common law “dignity” has a narrower meaning. It is confined to the person’s feeling of self-worth.)

But rights — also these common law rights — are not absolute. For example, one’s right not to be defamed is limited in the sense that the individual who has defamed another person (say, the President) can provide a justification for the defamation which would make the otherwise unlawful defamation lawful. Such a justification — if it is found to exist — would then limit or negate the rights of the President. Traditionally the justificatory grounds include, for example, that the statement was true and published for the public benefit, that it was published on a privileged occasion, that it constituted fair comment on facts which are true, or (more recently) that it was reasonable to publish.

The question is whether it would be reasonable to impose liability on a person who has defamed someone else for the damages flowing from the defamation. The judicial determination of that reasonableness would in turn depend on considerations of public and legal policy in accordance with constitutional norms. Dignity and freedom of speech are not the only constitutional norms that may come into play. A court may find an admittedly defamatory statement justified in order to give effect to some other constitutional value such as the values of (artistic) freedom or the need to protect an open and democratic society and to ensure openness and accountability from elected officials (such as the President).

The heart of President Zuma’s case is encapsulated by the following sentence in his finding affidavit:
The portrait depicts me in a manner that suggests I am a philanderer, a womaniser and one with no respect. It is an undignified depiction of my personality and seeks to create doubt about my personality in the eyes of fellow citizens, family and children.

There can only be an unlawful infringement of his right not to be defamed if the message sent by the artwork is not considered to be fair comment (given the fact that he is an elected member of a political party who necessarily will be expected to endure more harsh forms of criticism than a private citizen) or if the message is not essentially true and in the public interest.

That is why someone like Helen Zille would probably not be able successfully to sue a commentator who writes an opinion piece in which he or she casts doubt on Zille’s commitment to transformation or the principle of non-discrimination. Similarly, suggesting that the President’s personality is suspect, would normally be fair comment. Second, given the publicly available facts about President Zuma’s private life, it is also unlikely that a court would not find that suggesting that the President is a philanderer and a womaniser, one with no respect, is not arguably true.
Although the picture thus arguably defames the President, this is lawful and the President has no right not to have his reputation attacked in what appears to be a lawful manner.

For a dignity claim to succeed what the common law requires are three elements: a deliberately inflicted, wrongful act, that impairs the President’s dignity. The injury he suffered should be one of which the law takes cognisance. Not every subjective slight has legal impact. This is an objective test. It requires the conduct complained of to be tested against the prevailing norms of society (also referred to as the current values and thinking of the community) in order to determine whether such conduct can be classified as wrongful.

These prevailing norms must be judged with reference to constitutional values and norms and must give effect to them. These would include the need to respect artistic freedom and the obvious requirement that politicians could not enjoy absolute protection from being offended or hurt. If this were to be the case, the robust political discourse which is the lifeblood of any democracy would be stifled or even extinguished. Protecting politicians from any insults by their political opponents (or even more pertinently, in works of art) would thus not be in conformity with the basic requirements for the flourishing of a vibrant democracy. In fact, it would mean the end of democratic politics as we have practiced it in South Africa since 1994 and as it is practiced in democracies elsewhere on the continent and other parts of the world.

(One might well argue that our politics has been bedevilled by a culture of hurling rude insults at those one disagree with. For example, making remarks about Helen Zille’s sexual proclivities regarding her male-dominated cabinet or calling former President Thabo Mbeki a dead snake are far from polite and these kinds of comments and, arguably, the painting of Zuma, poison public discourse. But this does not mean that it would be legally possible to interdict a political opponent from being so rude.)

If I am correct, the application will fall at the first hurdle as no legally recognised right could be shown to have been infringed. If I am not correct, then the interdict application will probably fail for another obvious reason. There has been no defamation trial to establish whether unlawful defamation or an infringement of dignity has occurred. Until such time as a court determines that there was indeed an unlawful infringement of President Zuma’s dignity or unlawful defamation, the refusal of City Press and the Goodman Gallery to remove copies of the artwork from their websites does not constitute a refusal to respect the right in question and the second requirement for granting the interdict would not be met.

Linked to this, one must make the obvious point that there is also the problem that another remedy is available to the President, namely to sue the artist, the Goodman Gallery and City Press for defamation. Until such a defamation case has been launched and won, the interdict cannot, in my view, be granted.

Lastly, courts usually do not grant orders of an academic nature or orders that cannot be enforced. This is because the legitimacy of the judiciary would be eroded if it issued orders which were widely ignored. In this case, the harm has been done and the picture has been widely distributed and viewed. It has probably been published on hundreds of thousands of Facebook pages, Blogs, in email messages and the like. One cannot take the milk out of the coffee and prevent the image from continuing to be published on the internet — both in South Africa and elsewhere. Granting an interdict against the artist, the gallery and City Press will therefore be academic.

The only way to deal with this in a legally sound way is to bring a defamation case against selected parties who have published copies of the work. If the President is successful, (something which I have argued is unlikely) the threat of further defamation suits may force many people who have published the work of art to remove it from the internet. But this is probably not a wise move, as evidence of the President’s sexual life will then take centre stage in such a court case, as those sued would try and show that the President is indeed a philanderer and womaniser.