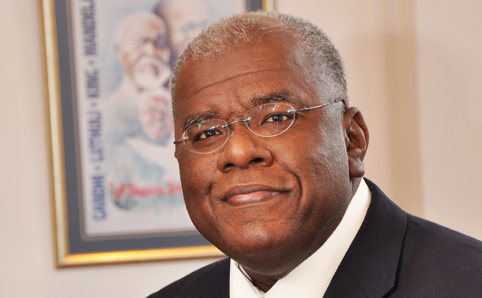 The Spear saga shows our legacy, from apartheid and the
struggle, is deeply untransformed.

Bloemfointein - There must be few countries in the open world where a presidential penis can be the subject of a prolonged national anxiety in the press and in society. Yet what was thoroughly unhelpful was the noise, the absolute positions taken, and the rapid shift from mere shouting to serious death threats. In short, there was very little opportunity for reflection, for nuance, and for understanding.

To begin with, the most fascinating thing about the vandals who attacked the president’s Spear was their identities: a middle class, middle-aged white man, and a working class, youthful black man. In this brief moment of unlikely solidarity, they shared a common set of values—traditional and conservative, angry and violent, intolerant and shameless. The entire saga around the Spear was not a clash of racial cultures, as some inferred; it was, at its roots, a clash of values. And in the noise that ensued we once again lost the teaching moment offered by this extraordinary event.

In the one corner, if you forgive the boxing metaphor, sits the progressive classes. These are generally well-educated, often English-speaking, liberal citizens who mainly grew up in open homes and were schooled in open universities where the values of criticism and protest were taken as normative, even vital, in building and sustaining a democratic society. Of course, not all the defenders of the Spear fit this description perfectly, but many do. This group includes the activists and intelligentsia who remember all too well the destruction caused by apartheid’s censorship bureaus where the state decided what ordinary citizens could see and hear or feel and love. Library books were burnt by their thousands in the furnaces from Durban to Cape Town. Some of the most creative novels and novelists were banned. This cannot happen again, as this corner of the boxing ring reminds us.

In the other corner of the ring sits the conservatives. These are often religious people who find the public display of a penis to be a direct attack on Christian sensibilities; “pornography”, claimed many. When the leadership of the Shembe Church calls for the stoning of the offending artist, the Old Testament as the referential values framework is not without significance. An Afrikaans newspaper leads their story on the white vandal with reference to his Christian commitments, a decent man, in other words. Here white and black conservatives momentarily find common cause in a set of traditional values that conjure up an innocent age in which sex was hidden from public view and respect of authorities was commonplace. Violence and vandalism are not at odds with this worldview, especially if it roots out evil in the process—such as when fundamentalist Christians bomb abortion centres.

I cannot think of a more necessary dialogue that must take place than between these two hard-line positions, but this being South Africa, heat overcomes light. Both corners in their rigid self-righteousness box the living daylights out of each other as they came flying out of their corners in this bloody fight. There is no leadership (or referee) in this fight to the death, for the leader in question claims to be “hurt” and tries to find respite in the courts of law.

What a great leader would have done was to defuse this potentially deadly situation by calling for a national dialogue on difficult issues such as how we bridge the important values of human dignity and the respect for leaders, on the one hand, and freedom of expression and the right to criticism, on the other hand. I could not help think of that moment when President Obama defused a nasty racial situation by bringing together the black Harvard professor and the white Boston policeman after the latter arrested the prof when he assumed the black man was breaking into a home; his own home, it turns out. The leader invited the two men for a beer in the White House gardens.

The roots of this crisis, in my view, lie in the education of South Africans. In fact, the vandalism is simply a consequence of deeper failure of our capacity to educate and prepare citizens in and for a democracy. One aspect of that failure is that we do not teach young people to doubt. In that sense, our entire society is fundamentalist in character. On almost any contentious issue, the world is divided neatly into black and white, right and wrong, good and evil. Evidence comes second to emotion. Logic gives way to anger. There are no grey areas, no room for doubt.

When this happens, it is difficult to teach for, as in the case of the Spear, what followed was a dialogue of the deaf. Yet it is especially important when such social calamities face us, that teachers, parents, priests and community leaders should create the spaces for such dialogue to happen, especially among the young. This requires an ethical leadership that opens up debate sensitively rather than close it down emphatically. It draws out different ways of looking at the same problem. It models ways of talking and reasoning that engenders among the youth a sense of alternatives, a spirit of inquisitiveness, and an appreciation of doubt.

This kind of pedagogical intervention does not only act to deal with the crisis of the moment, it lays the groundwork for thought and action when, inevitably, other crises emerge in our troubled democracy. You are in fact preparing the next generation to move from anger to engagement, and from retaliation to contemplation.

Of course this is difficult terrain when the more and more of our youth fall out of school and remain outside of employment; and when the most charismatic among our leaders are semi-literate. Yet we have no choice other than to push back, politically and pedagogically, so that the replacement leadership comes from a new generation of youth who are socialised early-on into democratic values in everyday life.

What has become crystal clear from the Spear saga is that our legacy, from apartheid and from the struggle, is deeply untransformed in the practice of democracy.