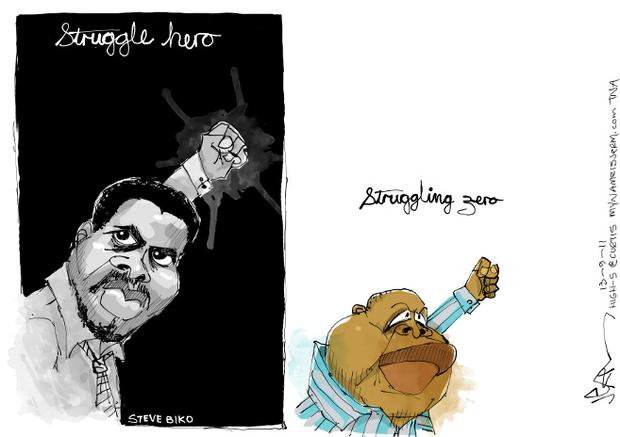 I will buy City Press

During my tenure as President of the ANC Youth League, I have been a victim of vilification and disreputation by many of South Africa’s leading newspapers.

The newspaper which I believe encroached on my personal space and undermined my integrity most as an individual was City Press.

In a marathon of articles that lasted more than six months, City Press ran a public trial on me and my finances with very damaging undertones – that I am the most corrupt politician in South Africa.

Amid all these allegations and innuendos, I have always made a point of meeting the leadership and editorial of City Press to give my side of the story and lay official complaints over what I believed were overboard practices by some reporters.

City Press has still not admitted to the many mistakes I said they committed in reporting on my personal life.

So the views I am expressing here are not about (saving) City Press’ face or rewarding them for anything positive they have done for me.

The views expressed here are about the fundamental need to protect the right of all South Africans to express different opinions and perspectives on any matter under the sun, because that is what our democracy entails.

Since the wrong depiction of President Zuma in a Vladimir Lenin posture with unzipped pants by an artist, the general secretary of the South African Communist Party, Blade Nzimande, and, oddly, the secretary general of the ANC, Gwede Mantashe have called for the banning and boycotting of City Press by all peace-loving South Africans.

In essence they meant that all of us who love peace and stability in South Africa should stop buying City Press because it has a different opinion on whether the picture depicting President Zuma should be removed from their website.

If all of us who are called upon to boycott City Press do so, the newspaper will lose its readership and consequently revenue because advertisers, in particular the state, will not continue to advertise in a newspaper boycotted by peace-loving South Africans.

Basically, Nzimande and Mantashe are calling for the closure of City Press if the newspaper does not agree with what they believe to be the absolute truth.

The banning, boycotting and call for the closure of City Press not only amounts to media censure, it undermines the judiciary, which is still in the process of determining the right and wrong of what the ANC believes are absolute truths.

Of all freedoms contained in the Bill of Rights, the right we should defend with our lives is the right to hold different opinions on how we view society and how we think certain matters should be handled.

Our forefathers thrived for many years in difficult times because they cherished free press and freedom of expression.

Banning newspapers simply because we disagree with them, and boycotting them on the basis of believing that our conception of truth is absolute, poses a real threat to our democracy.

Even when we expressed utmost anger against a BBC journalist – which we later apologised for – we never took a decision to ban the BBC or the journalist from our press conferences, because we need to protect everyone’s space to disagree.

I normally do not read newspapers, but as a peace-loving South African and a committed member, servant and supporter of the ANC, I think I should buy two copies of City Press this Sunday to protect the true values of the African National Congress.

We should be very worried that the voice of reason is disappearing and no one has the courage to stand up and speak against undemocratic and potentially despotic practices from within the ranks of the democratic movement.

What happened to genuine leaders of the ANC who fought for all these rights?

Once this voice is silenced and remains silent, many will be casualties of the intolerance, and it will be a sad day in the history of South Africa and the democratic ANC.

The question we should now ask is, “Who’s next?”