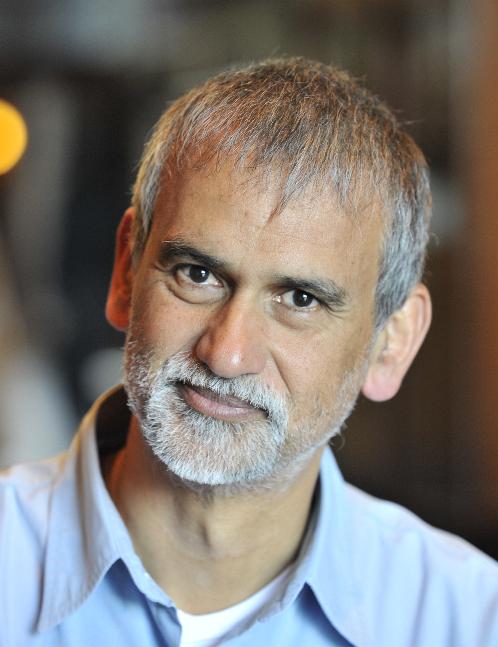 It’s ironic (but understandable, given his position as a senior government official in the department of arts and culture) that Sandile Memela’s article “They say government-sponsored artists are traitors” focuses primarily on the contribution of Wally Serote (former head of the ANC’s department of arts and culture and former chairperson of the parliamentary committee on arts and culture) to the Big Debate programme on the theme “Have artists sold out?”. A recurring theme in Memela’s article, based on an intervention by Serote, is that “the African voice is muted”, which is exactly what Memela does: he gives voice to Serote, an artist embedded in the ruling party, and mutes the numerous (black) African voices in the audience that were highly critical of the ANC government’s lack of support for, and handling of, freedom of creative expression in contemporary South Africa.

In tax-subsidised, praise-singer style, Memela writes that “the audience was filled with artists, musicians, dancers, thinkers, bureaucrats and intellectuals from different spheres … but for me, it was Bra Wally … who not only asserted respect of artistic freedom for artists in our democracy but highlighted how this is muted by white Western domination, culture and lifestyle”.

Clearly, Memela did not hear the artists, musicians, thinkers and intellectuals who contradicted Bra Wally, telling their stories of how their songs — deemed politically offensive by the authorities — had been banned from the airwaves, removed from official state-sponsored programmes because they were considered too critical of government and denied public funding because they were too independently-minded. Memela prefers to highlight Serote’s assertion that artistic freedom is “muted by white Western domination, culture and lifestyle” and completely ignores the recurring theme from the audience of the political intimidation by the ANC as its primary censorial weapon. Instead he applauds Serote’s assertion that “not a single artist has been detained, imprisoned, exiled or killed for expressing him or herself” as if this is an achievement in a society with a Constitution that guarantees freedom of creative expression.

Given this rather skewed perspective on the Big Debate, (the audience will be able to make up their own minds when — or if — it is screened) this is to provide an alternative view.

First, it is necessary to clarify the context for the debate about artists being “sell-outs” or not. During the apartheid era, there was an abundance of artists and creative works that addressed the socio-economic-political context and/or its impact on the lives of ordinary, mostly disenfranchised South Africans.

If 1994 had achieved political, economic and social nirvana for all our citizens, there would be little need for artists to continue to “speak truth to power”, “provide a voice for the voiceless” or “hold up a mirror to society in order to change it”.

But the diagnostic study of the government-appointed national planning commission reflects just how far we are, and in fact, how increasingly far we have moved away, from being a more equitable society. According to the study, the wealthiest 20% of our population earn 70% of the national income with the poorest 40% earning 6% to 7% of our national income. Nearly half our people still live below the poverty line of $2 a day or R524 a month. More than a quarter of our economically active population is unemployed. Of those who have jobs, 50% earn R2 500 or less a month.

The report states further that the spatial patterns of apartheid remain so that the poor are still excluded from the largely urbanised benefits of development, corruption is widespread and endemic, public services are uneven and of poor quality, healthcare has deteriorated and South Africa remains a society heavily divided along racial lines.

Put simply, the report confirms that we have one of the most unequal societies in the world, and, just as with apartheid, we appear to have a government that serves the interests of a minority, the difference being that the current government is elected by the majority who legitimately expected a better life for all, and not only for the politically-connected few, or a new economic elite.

It is little wonder then that we have come to be known as the protest capital of the world with a dramatic rise in protests each year for the last few years, up from 6 000 protests a year (an average of 15 a day) in 2004. The “African voice” of ordinary South Africans, of the poor, of those on the underside of contemporary history, has not been mute, they have taken to the streets to express their dissatisfaction with low wages, unemployment, overcrowded schools, lack of housing, corruption, electricity disconnections and high electricity prices, among other things.

This African voice has been clubbed and shot to death in the protests of Andries Tatane, it has been massacred in the killing fields of Marikana, it has been tear-gassed, shot at and arrested during service-delivery protests in Phaphamani, Harrismith and Umlazi to name but a few.

The voices of hundreds of thousands of Africans lie silenced in premature graves, the direct result of Thabo Mbeki’s — and by extension, the ANC government’s — refusal to provide them with life-enhancing drugs. Numbering nearly half of those slaughtered in the Rwandan genocide in the same year as “the rainbow nation” was born, these muted African voices testify to the decline in average life expectancy from 62 in the dying days of apartheid to just over 50 as we approach 20 years of democracy!

The voice of the (Zimbabwean) African is silenced when thrown off a moving train, when the (Somali) African is shot in his spaza shop, when the (Mozambican) African is burnt to death in racist, xenophobic attacks that are dismissed as mere criminality.

It is true that western cultural hegemony is reflected all around us (including in the Italian suits, the German sedans, the Scottish whisky, the American golf clubs and the Japanese sushi of our new elites) and needs to be challenged as necessary, but it is too glib to blame “white western domination” for the suppression of the “African voice” or for the lack of freedom of expression.

While the working class African voice is expressed on the streets, more elite (black) African voices of Njabulo Ndebele, Andile Mngxitama, Mondli Makhanya, Justice Malala, Mamphela Ramphele, Xolela Mangcu, Redi Tlhabi, Simphiwe Dana and a host of others are out there in the mainstream media, but they are not the praise-singers that those in authority may prefer to hear.

The response of the ruling party to these and other critical (white, black, individual, NGO, corporate etc) African voices may not be as brutal as they have been to working-class African voices, but they have nevertheless had a similar intention: to mute, to silence such voices through intimidation.

There are at least five forms or levels of intimidation that we have seen from the ANC government, its supporters and the ruling elite:

c. Legal action: civil suits for punitive damages eg against cartoonists and newspapers, using state institutions like the Film and Publications Board to censor work, threatening laws to prevent criticism of the president and devising the Protection of Information Bill to limit exposure of corruption.

d. Protests, marches and economic disruption eg the march on the Goodman Gallery and the call to boycott City Press unless images of Brett Murray’s The Spear were removed.

When Memela wonders “whatever that means” for artists to be courageous, artists witness these intimidatory tactics — and their consequences — on a daily basis, and they would need to be courageous to speak their truths anyway. Just ask Brett Murray who was vilified as a racist, had a senior cabinet minister call for his work to be destroyed, was threatened with stoning, had his work vandalised, had his assistant threatened with violence and he and his family had to move out of their home because of the threats received.

What was his “crime”? As part of his ”Hail to the Thief II” exhibition that satirised the new elite and the selling out of the liberation ideals of the ANC, he painted an image of President Jacob Zuma with exposed genitals, male genitals long being an artistic expression of brutality, of metaphorical and literal rape, of power and the abuse thereof. There followed the most hysterical outcry as this was deemed to be an assault on the president’s dignity. And yet, just a few months after the furore about the painting, the brutality of the state in defence of the new elite was made manifest in Marikana. And the obscene, rapacious assault on the public purse in the building of the president’s Nkandla compound was exposed. Hail to the thief indeed!

If the dignity of the president is considered more worthy than freedom of creative expression to critique the excesses of the new elite, if it’s worth more than the fundamental right to the life of striking miners, if it’s more valuable than the dignity of millions of South Africans who continue to live in squalor, that is not for a political party or for the president’s praise singers and defenders to decide. For that, we have a Constitutional Court.

:Mike van Graan is the executive director of the African Arts Institute and is an adviser to Arterial Network, a pan-African network of artists, cultural activists, creative enterprises and NGOs active in more than 40 African countries. He is also an award-winning playwright.