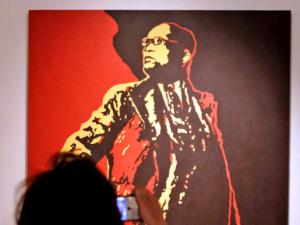 Johannesburg - A complaint that the SABC3 misled viewers when it reported that they had to delete all copies of the controversial painting “The Spear” has been dismissed by the Broadcasting Complaints Commission of SA (BCCSA).

In a judgment released on Tuesday, BCCSA chairman Prof Kobus van Rooyen said that in the news item broadcast on June 1 it was clear people were being urged to delete images of the painting before it was defaced.

On June 1, the Film and Publications Board (FPB) classification committee gave a 16N rating to Brett Murray’s painting, which depicted President Jacob Zuma with exposed genitals and was displayed in the Goodman Gallery.

In a written complaint, Thabo Motsoane accused SABC3 of reporting that “the decision made by the Film and Publication Board’s classification committee to suggest that all South African citizens in possession of uncensored ‘The Spear’ painting images must delete it”.

Van Rooyen said the SABC accurately reported that the FPB’s CEO Yoliswa Makhasi Mmapula Makola had urged parents and children under the age of 16 to delete the offending image.

It did not say all South Africans had to delete the image.

“The balance of the news item, where interviews were conducted with several persons, made it clear that the painting was not banned and that the restriction lay in the non-accessibility of the copies of the painting to children under 16 in terms of the decision made by the board,” said Van Rooyen. - Sapa