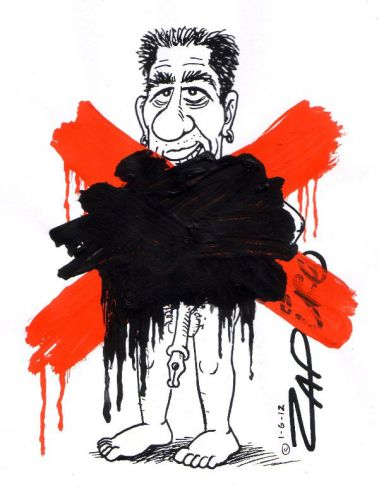 Spear rhetoric puts ‘us’ and ‘them’ back in the picture

While the dispute over The Spear, the painting showing President Jacob Zuma with his private parts exposed, is dying down, several consequences are apparent.

The dispute ultimately centred on issues of race and SA’s history. As a result, some started in a stronger position than others. Many white people simply refused to engage publicly in the debate.

It was also an issue that could be said to have seen African National Congress (ANC) leaders do something they had not done before: use race for internal political fights

The language from alliance leaders focused on “us” and “them”. South African Communist Party general secretary Blade Nzimande was the most dogmatic, repeatedly claiming some whites were firmly against change and “anti-majoritarian liberalism” had become a “refuge for racists”. ANC secretary-general Gwede Mantashe told marchers they had won in the streets what could not be won in the courts. Through all this, as political analyst Nic Borain puts it, “there’s been a sulken angry white voice that’s remained relatively silent”.

This would appear to be about legitimacy. Many whites may feel they cannot speak about this because “they’re not sure if their voice is legitimate. And they’re also not able to access the black pain around The Spear.” As a result it’s been left to “cartoonists and some intellectuals as the only ones able to engage”.

If race was not an issue in this at all, it would seem unlikely that, given the strength of her legal case, Goodman Gallery manager Liza Essers would have decided to take down the painting, whether it had been defaced or not. Presumably, when making such a decision, one’s own history, and feelings about it, would be a crucial part of the process.

The behaviour of the ANC, and some of its leaders, appears to give credence to theories that there was at least an element of political manipulation to this. Certainly, racial issues of a similar nature were never resolved in the streets when Thabo Mbeki was in charge of the party.

The large number of T-shirts, banners and other signs (including on the ANC’s website) featuring a professionally designed, consistent logo appear to indicate a high level of organisation.

For Borain, it was about the use of race to “provide anger and momentum leading up to Mangaung, and Zuma’s own ambitions against the threat of the Democratic Alliance”.

Similar claims have always met the ANC response that this was about the “hurt and pain that came flooding through as a result of this image” and that “we did not manufacture this hurt”. That is true. But it could also have been dealt with in other ways. The rhetoric of alliance leaders must have played a part in increasing the political temperature. They were the people in the driving seat and set the example that led to marchers carrying homemade placards reading “whites hate blacks”.

Arts and Culture Minister Paul Mashatile appears to have tried to lower temperatures, saying “artists have no reason to fear for their freedom” and he doesn’t see “any need to change the law” around dignity and freedom of expression. The ANC had claimed Parliament would investigate possible legislation on this issue. That could lead to fear that this issue would be used to shoehorn other laws around freedom of expression.
Race and culture appear to have been successful cards for the current ANC leadership. It will be tempting to play them again.