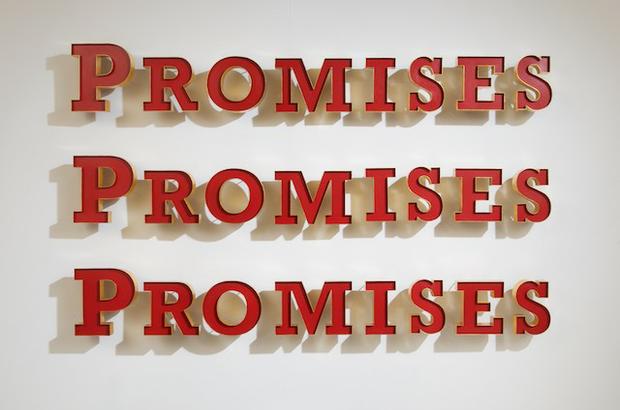 It is now the stuff of legend that it took the ANC a full week from the Brett Murray’s May 10 opening night at the Goodman Gallery in Johannesburg to notice the controversial “The Spear” art work that shows President Jacob Zuma with his fly unzipped.
Only when City Press ran a news story on the work on Sunday, May 13, did it come on the ANC’s radar screen, it seems, and then it took till the following Thursday for the party to demand the work be removed from the gallery and images of it taken down from City Press’ website.
It is just as amazing that in all this time there were no actual reviews of the Murray exhibition (though they’re coming thick and fast now) in the mainstream press.

Does the so-called “Zuma spear” saga suggest that we could do with more arts writers and arts editors in the media who know what they’re talking about when it comes to art? Would the ANC’s initial response have been different, I wonder, had there been knowledgeable analysis – and, therefore, context – of the Brett Murray show?

Depressingly, Johan Myburg, Beeld’s art editor, does not think so. The level of visual literacy in South Africa is just too low, he believes.

And indeed– with the exception of the Mail & Guardian – most English newspapers cut specialist arts positions years ago as newsrooms began to shrink because the feeling was that there weren’t enough readers out there who cared about the arts. The Afrikaans press, however, has continued to distinguish itself with accomplished arts coverage and all the

Myburg’s own review of the Brett Murray show, which was published last week, said that it was a pity that the exhibition had been hijacked by “The Spear” because it was a potent show.

However, it was about disillusionment with the government – rather than Zuma himself – said Myburg, who is an award-winning poet in his own right.

“For me, the spear of the nation has become a phallus and the fat-cat syndrome,” he told Journalism.co.za. “If you read the work in context, it becomes strong criticism of a governing party which is losing contact with its citizens but Murray doesn’t raise issue that haven’t already been raised by some of the governing party’s closest allies.”

While the Sunday Independent had interesting commentary by Mary Corrigall on the exhibition two Sundays ago, the M&G missed the story completely in paper of two weeks ago. (Though they have made up for it on Friday with this review by Rory Bester and this commentary by Sean O’Toole among other stories.)

M&G arts editor Matthew Krouse told Journalism.co.za: “I missed this completely and City Press got it and branded it their own… I was in the gallery at the opening and someone came up to me and said: ‘My God, this is going to cause major trouble’. And I said: “It’s a nebulous painting in a northern-suburbs gallery. I don’t think this is going to go beyond the golden circle of the arts’. I got hold of writer Rory Bester and asked if he could do a review. He said: ‘I’m a bit busy now. Can it wait two weeks?’ And I said: ‘Ja, what the hell? This is angry white man stuff’.”

So where is arts coverage in South Africa today?

The award-winning playwright Mike van Graan, who did this review of the exhibition last week for the Cape Times, says he thinks most of the arts coverage in the English press tends to be descriptive rather than analytical, reflecting a lack of knowledge and confidence.

Krouse, on the other hand, take a more positive view, saying that most papers have some kind of arts and entertainment page and the arts do get space in news pages when it’s warranted. The big gap, he says, is in TV and radio where there is almost no arts coverage at all.

“Obviously, there’s a level of frustration for people in my position as we’d like more space and, obviously, the people in the arts sector feel they need to be covered more,” Krouse says.

“But it is there and whatever is on in the country is in the newspapers. Some do it better than others and some do certain arts better than others… The Star doesn’t do visual art, which is strange, and we do very little theatre, which people find strange. We should do more and we may do more.”

Van Graan says: “Even with greater media space, much more important is the need for arts education to help and equip learners and adults with the tools to be able to interpret and understand art.

“I was facetious in one of my responses for commentary on this saga, saying we should blame apartheid…for its lack of arts education in schools and this is a consequence of that – the inability to appreciate or interpret the work within an artistic and historical perspective rather than simply in a literal or political form. But this IS the much greater challenge: educating the public about art, music, theatre, dance, etc.”

The question for many arts editors and writers is how to make their writing accessible to a wider audience without compromising on the quality of the analysis. To what level, then, should one dumb down one’s coverage?

Myburg, however, is very clear on this.

Considering how Murray’s work and how the usually navel-gazing worlds of art and media have collided to create a robust national debate on all kinds of important issues – from freedom of speech to the balancing of constitutional rights, from the quality of the Zuma presidency to the questioning of race relations and the perceptions of traditional African culture – I’d say there’s no need for any of us to talk down to any of our readers.