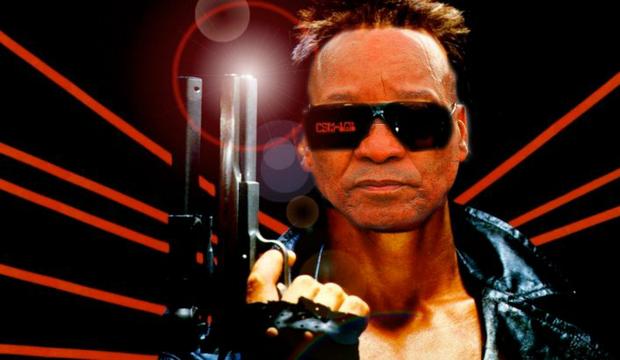 By the CNN Wire Staff

May 29, 2012
A painting depicting South African President Jacob Zuma has spurred outrage from his party.

Johannesburg, South Africa (CNN) — Thousands of people are expected to march Tuesday in South Africa to protest a portrait of President Jacob Zuma that shows his genitals.

Zuma’s supporters in the ruling African National Congress say the portrait is insulting and call it an attack on both the president and his party.

About 15,000 people are expected to participate in the march to Johannesburg’s Goodman Gallery, where the work was on display, according to the South African Broadcasting Corporation.

The painting by artist Brett Murray, called “The Spear,” is reminiscent of Soviet-era propaganda posters. Red on one half and black on the other, the painting shows Zuma in a proud stance with his genitals prominently exposed.
Zuma penis portrait artist death threats Explicit Zuma painting shocks S. Africa Anger over Pres. Zuma penis painting
Attorney weeps as he argues for censoring painting.

The painting was defaced last week after a storm of protests and condemnation, the SABC reported.

“We believe all these actions by the gallery are not only a violation of the right to dignity of … President Jacob Zuma but are a clear and calculated attack on the ANC,” the party said on its website.

“We therefore again call on all South Africans, members and (supporters) of the ANC and our alliance partners to come and register their outrage at this insult and attack on our president and the ANC,” it said.

The Sunday newspaper City Press removed the image of the portrait from its website after the ANC threatened a boycott, but it complained Monday the ANC still wants the paper to apologize for running it in the first place.

Democratic Alliance, the ANC’s official opposition, said The Spear “was brilliant as a work of political satire, which is also why it became an instant icon.”

Calls for the painting’s censorship, the party said, indicate a dangerous move away from the right to free speech. If he felt insulted, Zuma should have sued the artist rather than calling for the painting’s removal, the Democratic Alliance said.