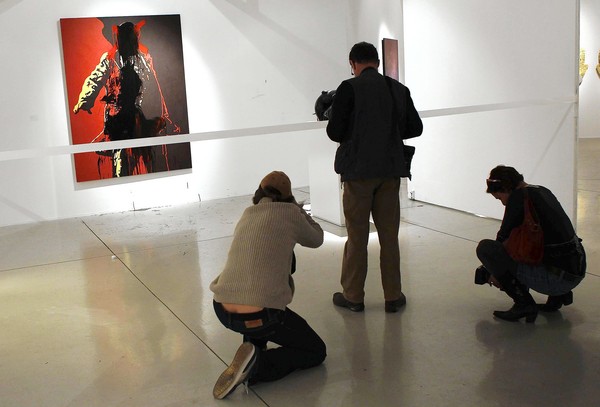 The South African art gallery that displayed an explicit painting of President Jacob Zuma has removed the offending work of art, according to The Times’ World Now blog. The decision was made amid a climate of protest and escalating social unrest surrounding the painting, which depicts Zuma with his genitals exposed.

The Goodman Gallery in Johannesburg had displayed “The Spear,” by artist Brett Murray, as part of a group show devoted to politically satirical art. Zuma had gone to court in reaction to the exhibit, claiming in a lawsuit that the painting violated his right to dignity and demanding the gallery remove it.

The controversy reached a fever pitch in the last couple of weeks. Vandals defaced “The Spear” last week as it hung in the gallery. Members of the African National Congress took to the streets to protest the painting.

Zuma and the gallery have settled their legal fight. A news conference was held Wednesday, with Goodman Gallery director Liza Essers and ANC spokesman Jackson Mthembu. As reported by World Now, the agreement didn’t include removing an image of the work from the gallery’s website, but the gallery is expected to take down the digital image.