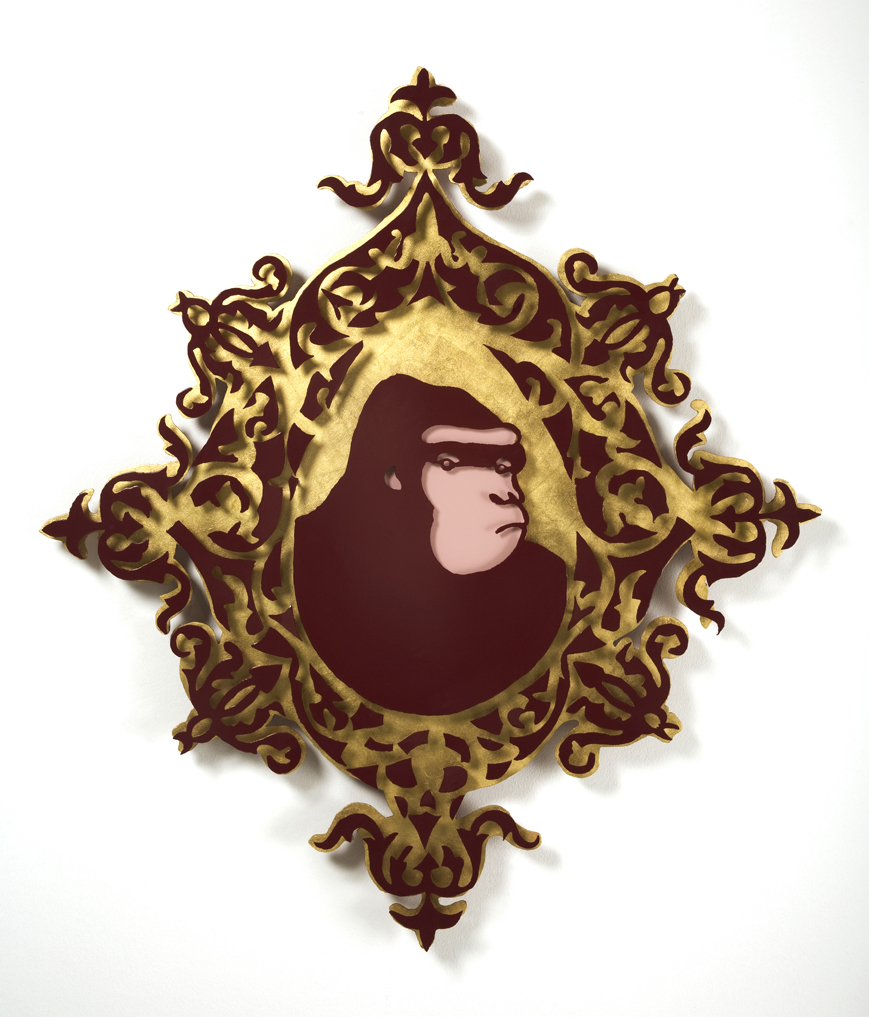 It is said that the crocodile weeps false tears to lure his prey. This idea is the underlying theme that runs through Brett Murray’s new exhibition at Goodman Gallery Cape. Seizing upon crocodile tears as a charged motif, Murray has created a body of new works that explore the exchange of one evil for another as political power shifts from the oppressor to the oppressed. A concept that Murray frequently touched upon in earlier works, this was perhaps most clearly first articulated in a work from his 2002 cartoon series that characterized democracy in South Africa as “the replacement of … white fascism with black fascism”.
Murray now pushes that idea further with a group of works built around one of the most charged symbols of Euro-centricity – the colonial. In these new works, which appropriate Dutch and Austrian seventeenth century imagery, Murray introduces “crocodile tears” as an iconographical element designed as a satiric reference to the guilt of the “newly landed gentry” vis-à-vis those “who are less fortunate”. Within this body of work, the women, appropriated from seventeenth century Austrian copperplate etchings, do a good deal of the weeping. These images like others in the exhibition have been transformed from white European colonials into the black African colonials. Although Murray employs the same twist of irony with a group of male images, unlike the woman, their sins - the Seven Deadly Sins - are more clearly defined. A group of seven “gold” (mild steel, acrylic, and fool’s gold) reliefs that evoke official portraiture, the Seven Deadly Sins quote the quintessential colonial icon – the seventeenth century Dutch portrait. Here the newly arrived colonial takes on all the attributes of European colonialism including the sins that accompany power and wealth. And although they do not weep as heavily as their female counterparts, they nevertheless are shedding tears.

These works with their crocodile tears are grounded in Murray’s on-going interest in questions of power, patronage and sycophancy. This is a subject that came up frequently, albeit less subtly, in his 2002 cartoon series, with captions like: “Is that brown-nosing the president?” In Crocodile Tears, Murray now addresses this theme with greater subtlety through a group of toy-like poodles representing subservience, sculpted in bronze, and rendered in two-dimensions in aluminum, paint, and resin. The strength of the irony of these works becomes evident in Power and Patronage, a bronze sculpture of two copulating poodles. Here we are given to ask which poodle represents power and which one represents patronage. This brings deeper ironic meaning to Murray’s explorations into power and role reversal. 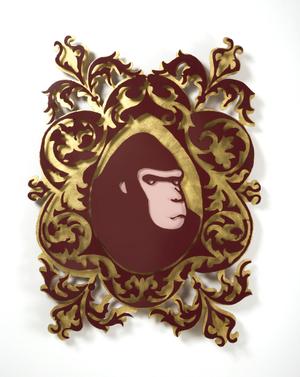