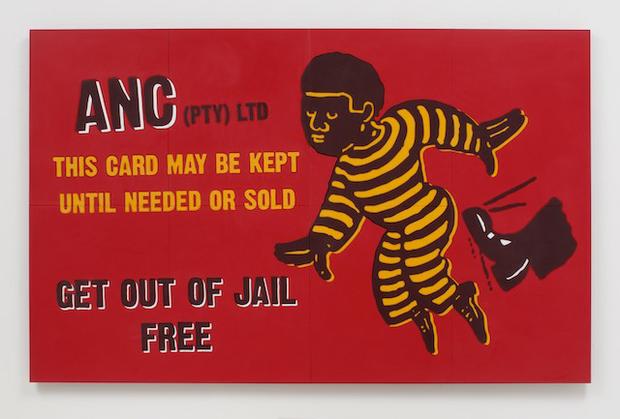 The years after 2007 will one day be written up as the time South Africa reverted to being a reactionary, intolerant society dominated by ethnic nationalists.

Our exemplary, progressive constitution has been downgraded from our national lodestar to a document that is really only relevant when the courts enforce it after a complaint from civil society or opposition parties.
Our negotiated settlement and much-admired peaceful transition after 1994 have become the subject of venomous criticism by many who describe it as a sell-out of the majority and a betrayal of those who fought against colonialism and apartheid.

This is the price we pay for the ruling party’s slide into unbridled populism and the absence of principled, visionary leadership. The ANC has indeed lost its intellectual and moral soul.
Some (mostly white) cynics say it was inevitable that the ANC was going to “recover” from the Mandela era and end up blaming the white minority for all ills and failures and use that to conjure up a common enemy to rally its diminishing support around. Like Robert Mugabe did.

I don’t think it was inevitable. The ANC of Albert Luthuli, Oliver Tambo, Walter Sisulu and Nelson Mandela had a strong vision of being a modernising, accountable and enlightened movement whose aim was not only to liberate the black majority politically and economically, but to pull the minority groupings into the mainstream and establish a new moral order that would be an example to the rest of the continent and the world.

That ANC, and the internal liberation movement under the United Democratic Front, actively discouraged tribalism without disrespecting or alienating traditionally minded communities and indigenous cultures. Those leaders promoted non-racialism, without discounting the bitter history of suffering and disruption under colonialism and apartheid and the need for radical restitution.

No, it wasn’t inevitable, but it is happening now. The post-Polokwane ANC has unraveled to such an extent that some of its most senior leaders blatantly insult minorities, shamelessly encourage racial tension and wage war on the constitution and the courts. The illegal occupation of private land is encouraged with dark threats that the safety of white Afrikaner farmers (“Mr Van der Merwe and Mr Van Tonder”) “can’t be guaranteed”.
The new catch phrases used by populist leaders like Ngoako Ramatlhodi and Blade Nzimande to ward off criticism and cover up failures are “anti-majoritarianism” and “tyranny of the minority”.

“Anti-African” is another. Under Jacob Zuma, the “100% Zuluboy” as T-shirts and posters have proclaimed him, “Africa” means “black” black only. The ANC is today, more so than in the last five decades of its existence, a black nationalist movement pure and simple.

Nationalists are always intolerant and conservative, no matter on what continent they find themselves.

The slide towards a new chauvinism, exclusiveness and intolerance – the tyranny of the majority? – is clear after Polokwane. The efforts to curtail free speech: the Media Appeals Tribunal and the Protection of State Information Bill; Zuma suing Zapiro for disrespectful cartoons; the declaration (by Nzimande) that the media was the enemy of democracy. Then came the attacks on the Constitutional Court and the rest of the judiciary that dared test the decisions of the majority party against the constitution. The strong-arm tactics to “win on the streets what we can’t in court” during the Zuma Spear debacle and the boycott of City Press; the Film and Publication Board slapping an age restriction on art; Ramatlhodi stating, “We must bring the masses out to put pressure. You can interpret the Constitution in the streets” – and the man is a deputy minister!

It was in this reactionary atmosphere that the Congress of Traditional Leaders and its leader, ANC MP Patekile Holomisa, thought it appropriate to demand that gay and lesbian marriages be outlawed. It’s un-African, you see, and the majority doesn’t like it.

It was edifying to read on the weekend how Mandela, when Hustler magazine labeled him “asshole of the month” when he was still president, just laughed off the insult. According to the head of his office at the time, Jakes Gerwel, Mandela asked him to talk to the deputy minister who wanted to ban Hustler: “Man, persuade the young lady that we shouldn’t ban things. You know, we should not act like so many presidents on the continent do.”

Well, we have one of those presidents now, it seems. God help us if he gets another term in office.
I have said before that I look forward to the ANC’s much talked about Second Transition. I meant that we need a radical shake-up in government, in our political parties and in civil society so we could tackle our many challenges with more energy and purpose and speed up the process of eradicating the ugly legacies of white domination.

But now it seems the Second Transition will more likely be a step closer to conflict, authoritarianism and a failing state.