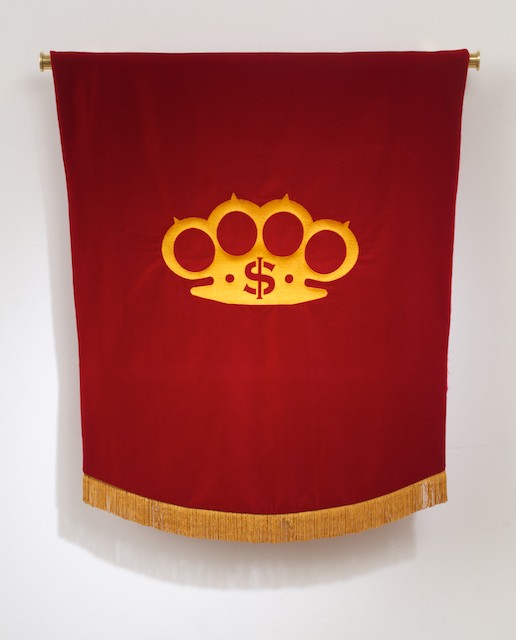 So much to be proud of

GWEDE Mantashe’s “Mission Accomplished” words outside the Goodman Gallery the other week will ring in the ears of many in our great republic for a very long time.

What the ANC could not achieve in the courts it will win on the streets, the party’s secretary-general screamed before the crowd that had marched on the gallery.

The build-up to the Mission Accomplished moment betrayed a feeling of impotence on the part of the ANC as Africa’s most powerful political force waged war against an artist, a gallery and a newspaper.

The full might of the party and its allies had been mobilised as though an invading army was massing on the borders or an insurrection was imminent.

Consider this message sent out by Luthuli House to party structures the week before the “great march” on the little building on Jan Smuts Avenue.

“Comrades, ANC provincial secretaries: the Office of the Secretary General has directed that we organise the mother of all marches to the Goodman Gallery on Tuesday, 29th May 2012 to protest against the portrait depicting President Zuma. We therefore request your offices to mobilise and transport your closest regions to the march. We intend bringing 50000 people.”

In the end only 4000 people - many bussed in from outside Gauteng - deemed this cause important enough to waste their anger and energy on.

This lowly newspaperman paints the picture above (if painting pictures is still allowed) not because he wishes to return to this tired subject. It is rather to illustrate the self-imposed sense of impotence in the country’s governing party.

In this centenary year, the ANC should be celebrating its numerous achievements - chief among them its role in the creation of one of the world’s freest and most progressive societies. Instead, the party insists that it must always be on the defensive and be doing everything in its power to undo these achievements. The ANC has much to be proud of when it surveys the post-1994 democratic architecture.

Whereas the ANC sees court rulings that go against it as a shackling of its power, the fact is that it is a tribute to our society that we have a judiciary that is power-blind.

Powermongers like Ngoako Ramatlhodi forget that many of the judgments that have gone against the government have been made by judges appointed under the democratic dispensation. These are men and women who shared and continue to treasure the values of that forward-looking ANC that championed our constitutional order.

In the course of shaping a jurisprudence for our society, our courts have broken new ground and issued judgments that are being studied and reflected on in much more mature democracies. The 100-year-old ANC should be celebrating this instead of aiming cannons at the judiciary and the separation of powers. On the ANC’s watch South Africa developed into an open-minded nation in which information flows freely. This nation speaks its mind, its media reports fearlessly, commentators analyse boldly and ordinary people voice their views on air, in newspaper columns and on the Internet.
In this centenary year the ANC should be patting itself on the back for having been the midwife of this loud society instead of feeling threatened by the free flow of information and diverse views.

In recent years, South Africa has spawned a plethora of civil society movements - from those representing shackland communities to those fighting education and health causes to those taking up constitutional matters. These civil society groups use the streets, courts, Chapter 9 institutions and public opinion in their battles. Again this is a sign of health. So, in this centenary year, the ANC should be looking at this phenomenon with great pride instead of labelling some of these movements counter-revolutionary and agents of imperialism. Our country has a stuttering but feisty opposition. It has challenged the governing party on many fronts - winning some and losing many.
The white component of this opposition has not agreed to being delegitimised by having racial epithets thrown at it. While the opposition parties - like the other institutions mentioned above - do not owe their existence to the ANC, the party has coexisted with them in a civil manner. Mostly.

This political plurality is yet another thing to celebrate in this centenary year. The governing party should be seeing them as worthy foes and not, as is the lexicon, enemies.

In the past 18 months, the ANC and the government have become extremely jittery as they found themselves on the wrong side of public opinion, court judgments, as well as determinations by Chapter 9 institutions and other independent tribunals. To our governors, this was a sign that their power was being squeezed.

Hence the beating of drums about changing the Constitution, neutering the judiciary and shrinking the information space. This is why we are now being told by the ANC that South Africa needs to go a through a “Second Transition” to some unknown destination.

We South Africans have built something good here and the ANC has played the major part in designing and constructing this house. In the course of doing so the rains have disrupted work, the architects have been distracted by other projects, funds and materials have run short, builders have got restless and even had bust-ups on the site, and all the attendant problems that go with this exercise have afflicted us.

But the house is standing firm now, a lovely house that nonetheless still needs a lot of work. Its imperfections are what make the project so challenging and in some ways exciting.

We have to overcome poverty, inequality, terrible access to quality education and health, a fraying social fabric, crime and a plethora of other problems. But those are issues we must sort out under the safe roof of our imperfect house. We do not need to bash down one side of the house, alter the design and change the make of brick to achieve that. If we do that we do not know what winds and storms will come at us and mess up all the work we have put in over the past 18 years.

The challenge for the ANC as it goes into its policy conference, general councils and the December national conference is to recognise its own achievements.

The greatest of these is to have been the chief architect of a free and vibrant constitutional democracy.