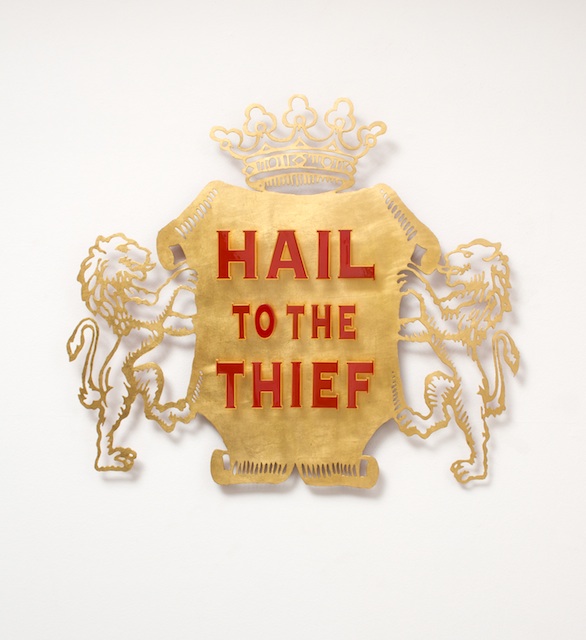 The Cape Town chapter of Arterial Network South Africa hosted a forum to discuss the significance of the Spear controversy for the local arts sector.

The four panellists were Martin Jansen of Workers World Media Productions and one of the driving forces behind Cape Town TV; celebrated writer, Sindiwe Magona; Zubeida Jaffer, current writer-in-residence at the Free State University and former journalist, and Cameron Voyiya, a Cape Town artist, and former employee of the South African National Gallery.

Here follows a summary of the panellists’ responses to the three questions posed by the moderator, Mike van Graan, playwright and Executive Director of the African Arts Institute.
Moderator:

There has been much column space, many forums and probably more words about Brett Murray’s The Spear, than any other piece of art since 1994.  I’d like to pose three questions for our panel to discuss, and I’d like to introduce these by initially quoting from a variety of articles in the newspapers of the last couple of days:

So, the first question is: should we as citizens be worried; should democrats be concerned that the rights to freedom of creative expression, freedom of association, freedom of the media are under threat - this time, not by censorship boards as under apartheid, but by a range of other intimidatory means? Is this controversy simply part of our society maturing as a democracy, or are these worrying signs of the so-called Zanufication of the ANC, and the slow slide to tyranny?

Panellists:
Generally, there was the belief that we should be worried. The view of Martin Jansen in particular was that such repression will in fact increase as the ANC shifts markedly to the right and becomes more conservative over the next few years. His analysis was that, on the one hand, the ANC is faced with growing demands of its voters, the masses of South Africa, and on the other hand, it is unable to deliver to these masses because of a collusive arrangement between white capital that still controls the economy and a corrupt black elite that flaunts its newfound wealth and is dependent on white capital for their new found wealth. The ANC hates criticism and its actions with regard to The Spear are consistent with its responses to media exposure of corruption and its attempts to silence criticism through the proposed Information bills.  The general feeling among most panellists was that indeed, freedom of expression and other democratic freedoms and rights are under threat from the ANC and its alliance partners.

Moderator:
With respect to the artwork and the artist, Brett Murray, we’ve witnessed, heard and read a variety of forms of intimidation ranging from a call for the artist to be stoned; the actual defacement of the work; an offer by Kenny Kunene to purchase the work at even triple its price and to host a public burning of it; the artist being ridiculed as a racist whose struggle credentials meant nothing (unlike other instances where struggle credentials allow convicted criminals shorter prison sentences or early parole). For fear of his life, the artist did not live at home for a while. Who would have thought that this would be happening 18 years after the demise of the repressive apartheid regime?

The filmmaker, Oliver Hermanus, said in City Press 4 June 2012: “It is quite shocking to be debating the right of artists in any democratic society…(but) the threat of censorship will most likely inspire artists in South Africa to produce bolder and more powerful pieces”. The second question though, is this: given the bullying tactics, the high levels of physical intimidation, the accusations of racism, the unreasonable and over-the-top responses to the art work, will this incident lead to more self-censorship among our artists? Will – particularly white artists – think twice before satirising the ruling party or raising critical issues through their work? Or will this incident inspire artists to do more powerful and bolder pieces as suggested by Hermanus?

The panellists did not provide definitive answers to this question, but suggested rather that some who have been brave before, will continue to be brave; others who have been too scared to voice criticism in the past will continue to be scared while there may be some who move from one of these positions to the other. All were convinced though that artists should exercise their right to freedom of creative expression and that ways should be found to support each other to do so.

At least three of the panellists expressed strong views that The Spear and the artist were not racist (the charge was a typical intimidatory tactic of the tripartite alliance), but that rather it was a legitimate image that was part of a broader exhibition that critiqued the corruption, failures and greed of the ruling party. As the President, as the one who presided over all this both within the ANC and the government, and given his well-publicised sexual exploits, Zuma was a legitimate target of social satire.

The final question: how should the arts sector react in this particular instance? There have been many commentators, columns, radio talk shows on this subject, actions by other civil society organisations such as challenging the FPB’s classification, but while individual artists may have said something, and there’s been much activity on the social media, there’s been little effective action either to defend freedom of expression, to support the artist or to stand up in solidarity against the bullying and intimidation by artists and arts organisations. Writing in the Mail and Guardian on Friday 1 June 2012, one Ann McClintock ends her article thus: “First they came for Murray. Then they came for Haffajee. Next, they might come for the lesbians and the gays, abortions and books”.
Whether one likes this particular work or not, whether one thinks it’s great art or not, whether one agrees with its message or not, the question is, how do artists respond to defend the right to freedom of expression because, today, it may very well be Brett Murray; tomorrow, who? You? What should we do to support each other, to intervene, protect and defend the constitutional rights for which artists fought too? These rights are not for others to determine the parameters in their interests, but are to be defended and advanced for the sake of our democracy, for transparency and for accountability and, simply for their own sakes.

Panellists:
There was general agreement that artists – like other sectors in society – needed to organise themselves, to have a voice, to plan and execute actions and to respond to crises such as these, but also to be proactive. There is also the need for such organisations not to be separate and on some kind of elitist pedestal, but to be integrated into and aligned with other popular organisations and struggles of ordinary people.
One panellist suggested that it was wrong that Brett Murray had not lived in his house because of threats, and that she – with other artists – should have stood outside his house, 24 hours per day, 7 days per week to defend him.

A book was circulated among attendees to write messages of support to Brett Murray.